After a year of waiting, Australians can soon buy the world's hottest mobile phone, the Apple iPhone. reports JOHN HARRIS, who has already put his name on the waiting list. 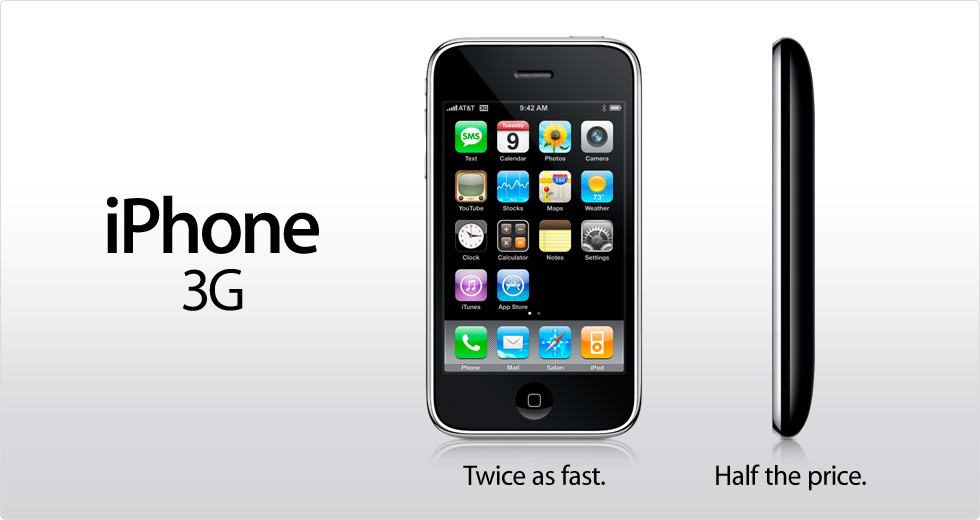 As predicted in the Independent Weekly last month (May 9), Apple has launched its new generation 3G iPhone, which will be available from July 11.

In this country, Optus and Vodafone have stuck up their hands to resell the new unit. Optus is already taking fully-refundable $50 deposits from its customers for the right to join a two-hour priority queue for the iPhone when it becomes available (details at www.yesiphone.com.au/).

Apple is punching out the message that its iPhone is twice as fast and half the price of its predecessor. Although Australian prices were unavailable at press time, the 3G iPhone will cost US$199 for an 8GB version and US$299 for the 16GB unit.

However, unlike last year, when the iPhone wiped the floor with its rivals, the launch of the 3G model this year will face more concerted competition.

One contender is Taiwan-based HTC, whose CEO Peter Chou is scheduled to fly into Sydney for a June 24 launch of a new touchscreen HTC phone that offers an alternative to the iPhone.

This may be the widely-touted Touch Diamond, a Windows Mobile 6-based smartphone aimed at consumers. The touchscreen phone is designed to make it easy for users to check out content on websites such as YouTube and Google Maps.

The original iPhone created massive excitement by its breakthrough combination of touchscreen phone handset, a widescreen iPod and easy-to-use Internet access with rich HTML email and a desktop-class web browser.

What the 3G version adds to this cocktail is speed.

Because the handset automatically switches between 2G, 3G and wireless local area networks, the iPhone will download data at the fastest speed possible (and in the case of a WiFi network, without eating up your monthly mobile phone allowance).

It also allows you to easily use an iPhone to make calls or access data services in most countries using either 3G carrier networks or 2G networks.

Apple reports that the iPhone 3G uses signals from GPS satellites, WiFi hot spots and cellular towers to get the most accurate location fast. If GPS is unavailable, iPhone uses an Assisted GPS function to look for a WiFi hotspot or a cellular mobile phone tower to identify your location.

Benefits include allowing you to "geotag" photos when you use the iPhone camera or map your progress on an area map using the Maps on iPhone application.

Importantly, the iPhone's battery life has been boosted to support 10 hours of talk-time, double the first generation phone. Battery life was the reason Steve Jobs gave for not releasing a 3G phone last year.

So at last Australians will have their chance to decide whether the iPhone is more than hypePhone.