Details
In Redflow
/ Published on 11 September 2018 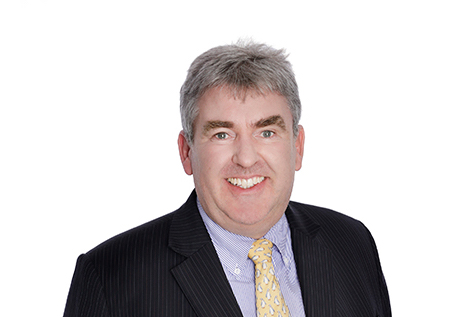 John LindsayAustralian energy storage company Redflow Limited (ASX: RFX) is pleased to announce that it has today appointed technology expert and businessman John Lindsay to the board.

Mr Lindsay’s appointment is part of a strategy for Simon Hackett to transition to a newly-created role as System Integration Architect, to ensure Redflow continues to be at the forefront of integration technology. As part of this change in role, Mr Hackett will step down from the board at the AGM in November in order to focus on this part of the business.

At Mr Hackett’s request, he will be replaced on the board by Mr Lindsay, who has previously held senior technology leadership roles as CTO at ASX-listed company iiNet Limited, CTO at Internode and General Manager of Chariot Internet. Mr Lindsay, co-founder and director of jtwo solutions Pty Ltd, will bring his deep technology background to the business and has held board-level roles for several privately-owned companies.

Redflow’s Chairman Brett Johnson said he thanks Simon for his expertise and passion at the board level and looks forward to his continued commitment in his new role. “Simon has contributed to rebuilding Redflow’s board and management and re-orienting its strategic direction to position the company for future success,” he said.

“We welcome John Lindsay to the board to contribute valuable technical insight. At part of this continued process, our board is also well advanced in appointing a new director with transformational manufacturing expertise to assist Redflow with its ongoing manufacturing strategy and development.”

Mr Hackett will serve as a director of Redflow until the company’s Annual General Meeting (AGM) in late November. Mr Lindsay was appointed today and will stand for formal re-election at the AGM.

Mr Hackett said he remained hugely passionate about the potential for Redflow’s unique zinc-bromine flow battery technology in the rapidly growing global energy storage market. “I started out just as an investor, joined the board as a director and later acted as Chairman and CEO,” he said.

“I oversaw the major pivot in the company’s strategic direction that was necessary for Redflow to succeed in fulfilling the huge potential of our energy storage technology.

“Redflow is now making great batteries from our factory in Thailand with the management and board expertise in place to run the company really well.  I believe Redflow has reached the point at which it no longer needs my support at board level and where I can now revert to being a happy and committed shareholder.

“Concurrent with my role on the Redflow board, I became deeply involved on an ongoing basis in making the battery genuinely easy to deploy and easy to use in real-world systems, including designing the Redflow Battery Management System.

“This continuing ‘hands-on’ role will be formalised via the new position of 'System Integration Architect’. I look forward to continuing to work with the Redflow technical team, as well as with key customers and integrators.

“I love this product and I look forward to continuing to help with its ongoing advancement.”