Details
In Innovation
/ Published on 03 November 2016 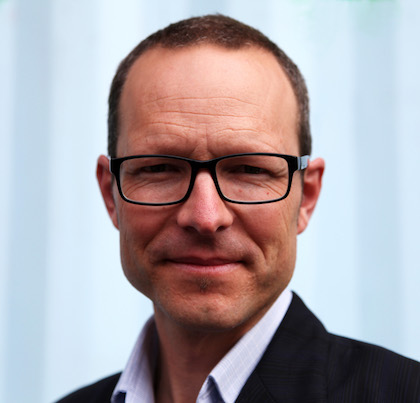 Conservation SA CEO Craig WilkinsConservation SA is alarmed by revelations that “independent” advice for the Royal Commission that has recommended a nuclear waste dump for SA was provided by long-time advocates for the dump.

Conservation SA is responding to reports from ABC Radio that two of the authors of allegedly independent technical analysis of the business case for a high level nuclear waste dump are President and Vice President of a group that advocates for the international storage of nuclear waste.

ABC Radio has reported that two of the authors of a report for the Royal Commission co-authored by consultancies Jacobs and MCM were Charles McCombie and Neil Chapman, who are the President and Vice President of ARIUS (Association for Regional and International Underground Storage).

Conservation SA CEO Craig Wilkins said pro-nuclear advocates providing “independent” advice was a clear conflict of interest. “It’s like asking the crew of the Sea Shepherd to provide an independent review of whaling in the Antarctic,” he said.

“The Nuclear Fuel Cycle Royal Commission has described the Jacobs MCM report as an independent, technical analysis of the business case for a high level waste dump.

“However these revelations cast a dark shadow on the alleged independence of the advice provided to the Royal Commission upon which the entire business case for the nuclear waste dump rests.

“The Royal Commission report’s bullish predictions of decades of super-profits from a global nuclear waste dump in SA must now by viewed in the light that it was informed by pro-nuclear boosters.

“We, the people of SA, have been duped. These revelations raise serious doubts about the quality and integrity of the Royal Commission findings and reveal a gaping flaw in its business case.”

Mr. Wilkins said two of the Jacobs MCM report co-authors, Charles McCombie and Neil Chapman, have advocated for a nuclear waste dump since the 1990s, when they were involved in a company called Pangea Resources Australia Pty Ltd. “After that went pear-shaped, the Pangea team re-formed as ARIUS, an advocacy group for underground storage of nuclear waste,” he said.

“Mr McCombie and Mr Chapman now run the Swiss-based consultancy MCM, which specialises in radioactive waste management. The revelation that the President and Vice President of ARIUS were two of the lead authors of the Jacobs MCM modelling for the Royal Commission brings into question the value of that modelling.