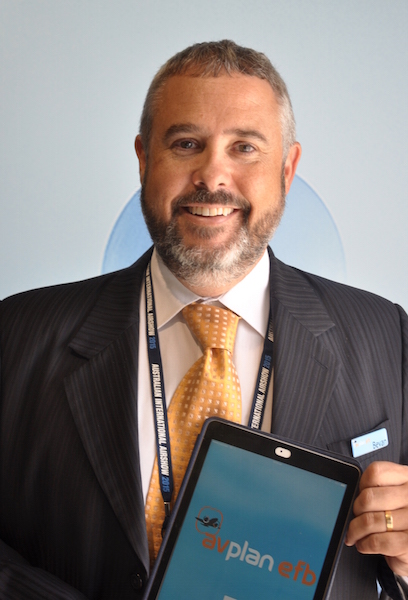 AvPlan EFB, used by thousands of professional and amateur pilots in Australia, New Zealand and the US, is developed in Melbourne by AvSoft, a privately owned company that last month won the Aerospace Australia Ltd Civil Industry National Innovation Award for 2015.

AvSoft CEO Bevan Anderson said AvPlan EFB’s latest free software upgrade would benefit subscribing pilots in all three countries. “This is a huge release, which has features coming out of its ears,” he said.

“We believe this version places AvPlan EFB ahead of any other flight planning, Electronic Flight Bag and navigation engine in the market today.”

Another standout innovation in AvPlan EFB 5.0 is improved weather display capabilities, which provide pilots with a more complete picture of changing weather patterns.

AvPlan EFB 5.0 also has an integrated obstacle database to scan the map of a flight segment, identify the highest ground obstacles, and then determine the lowest safe flight altitude for that segment.

A great safety feature of AvPlan EFB 5.0 is the aircraft glide range view and planner, which enables pilots to plan a flight within gliding range of safety airfields along the entire route. As well as these outstanding safety capabilities, AvPlan EFB 5.0 offers enhanced convenience features including:

AvPlan EFB 5.0 is free to download from Apple’s AppStore, which includes an automatic 30-day trial data access period. Ongoing use requires an annual subscription for updated chart and map data. Pilots can subscribe to their choice of VFR charts, government-issued IFR charts and government-issued IFR instrument departure and approach plates. Whereas a full set of Australian paper charts costs about $400-$500 a year, an AvPlan EFB subscription starts from just $89 a year.