Launch of the book Yvonne was never going to write

Details
In Innovation
/ Published on 20 November 2017 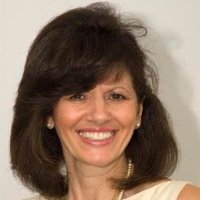 Yvonne Nicolas, the ‘Queen of Adelaide’, has returned home to Adelaide where this week she will launch a 400-page memoir that tracks her life’s journey including.

Yvonne's stories in the book take you through her life as a businesswoman, a social influencer before the days of social media, a grieving daughter and sister, brushes with fame and spirituality.

“The timing was perfect,” Yvonne said. “I had written my memoirs – Making Sense of Life Before We L’Eve... Those Were The Days – a while back as the book I said I would never write. I was spurred on by ‘forces’; the ‘signposts’ that guide my life, but was yet to publish and thought maybe I never would. But coming home and having a purpose made it clear to me that I needed to release the book. My vision is around the development of mental health sanctuaries, and it is for that purpose alone that I am here.”

All the profits from Yvonne's book will be channelled into this cause, which is supported by many of her friends, including AFL legends who are co-organisers of the national plan United Action For Life; an optimum not-for-profit Mental Health and Well Being initiative, for everyone, to be owned by all Australians.

“I want to help create spaces as holistic-based Sanctuaries where people can rest and recoup in safe, loving hands with appropriate support," said Yvonne. "Two are currently being negotiated here in Adelaide, which is a first for Australia!”

This invitation-only launch will occur at Ayers House this Friday.

For more information about Making Sense of Life Before We L'Eve...
Those Were The Days, the inspiring memoir of Yvonne Nicolas, including many great photos, please visit http://www.ad42.com.au/eve.

"I do hope to be able to raise enough funds from this book and associated fundraising to create Sanctuaries for people experiencing mind imbalances; a place where they can rest and recoup in safe, loving hands with appropriate support. It will take a great deal of work and effort – and I encourage anyone wishing to assist in this process to contact me. Perhaps those with deep pockets may like to contribute!” said Yvonne Nicolas on the eve of the launch of her memoir, Making Sense of Life Before We L’Eve... Those Were The Days. “We are not talking about new buildings, but using established properties we have scattered in cities, rural and seaside locations, and creating a plan for those who can’t afford, to be funded by those who can. Having spoken with various parties, it is possible and probable if we use the ‘it takes a village’ approach”.